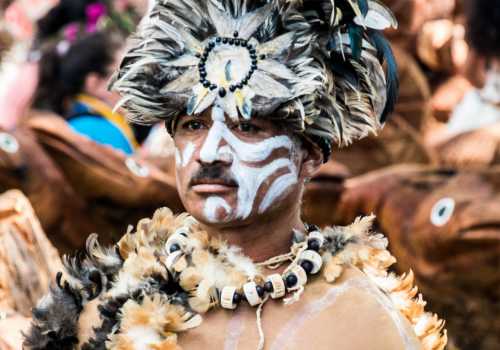 Easter Island, or Rapa Nui as it is known as by its locals, lies in the far eastern Pacific Ocean, and was a late addition to the world’s timeline, forming about 3 million years ago. It is volcanic and rocky, and has a much cooler climate than its tropical neighbours to the west. Wild horses wander its barren landscape and the wild ocean lashes the coast.

The island was colonized sometime between AD 800 and AD 1200 by Polynesian voyagers from the west. Within about a thousand years, these new settlers would carve their irreversible mark on the island and change its landscape forever. Overpopulation combined with the island’s limited space and resources made dramatic alteration all but inevitable. Upon the arrival of the first Europeans in 1722, the Dutch Captain, Jakob Roggeveen, reported that although the locals seemed to be in good health, there was not a single tree taller than a man. The original settlers felled the rain forest almost to a tree and replaced it with some of the most awe-inspiring statues that the world has ever known, the moai - megalithic statues that found in their hundreds around the island.

Following severe food shortages, the construction of moai came to a grinding halt in the late 17th century, followed by an extended period of turmoil and warfare. During this time, the statues were toppled, replaced only by death and destruction. This upheaval brought a new warrior class to the forefront, the Matatoʻa. These brave warriors turned from the tradition of their forefathers because it had not served to maintain peace and prosperity as it had promised. Instead, they formed a new religion based around a competition that matched physical prowess with leadership, the Tangata Manu or the Birdman Competition. Only very late in the 1800s did Catholicism came to the fore and replace the ancient religion of the Birdman Cult as the new pressures of slave raids and disease demanded new answers.

The natives of Easter Island are a generous people with brown skin, dark hair and an expressive nature. They have an incredible artistic talent which is notably seen in their world class music and carvings found on the island today. They are direct descendants of the first Polynesians who arrived on Rapa Nui more than a thousand years ago, having enjoyed an unbroken presence on the island ever since. Blood kinship, a shared history and understanding of the world, along with their identification with the island itself, bind the people together as a strong community.

Today’s Rapanui share the same tenacity, physical prowess and survival instinct as their explorer forefathers who survived the epic journey here from more than 2000kms from the west. Consequently, they look similar to other Polynesians from New Zealand, Sāmoa, Tonga, Tahiti, and Hawaiʻi. Although intermarriage with foreigners in recent times has brought physical and cultural diversity, the Rapanui remain a generous and proud people with an unbreakable cultural core. Their cultural inspiration is drawn more from their Polynesian cousins to the west than their governing body of Chile to the East, though the South American-Polynesian mix found on the island is truly unique in the world. 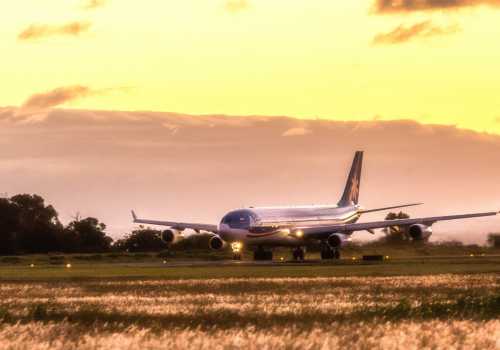 GETTING THERE AND AWAY

ARRIVAL BY AIR - Easter Island is fortunate to be served by Latin America's best and largest airline, and Oneworld partner, LATAM Airlines (www.latam.com). The island enjoys direct flights from Santiago de Chile and from Tahiti (French Polynesia), taking about 6 hours in either direction and is operated by a modern Boeing 767 aircraft.

INCLUDING EASTER ISLAND IN A ROUND THE WORLD TRIP - Ever since LATAM was incorporated into the Oneworld Alliance in 2001, many people started choosing to include this once-inaccessible island, and to visit Easter Island as an exciting stopover on their world tour. The numerous options for visiting the island as part of a South American Airpass, Circle Pacific fare or Round The World (RTW) ticket are best explained by a travel agent with good and up-to-date information, but it is now possible to fly as part of a RTW ticket, in either direction:

Given LATAM's extensive coverage of South America, Easter Island can also be included in trips to Machu Picchu, Iguazu Falls and the Galapagos Islands.

ARRIVAL BY CRUISE - A number of cruise ships now make Easter Island a stopover on their South America-Polynesia routes. Included cruises that come to the island are the Amsterdam, the Oceania Marina (two-day stopover), the Crystal Symphony, the Dawn Princess and the Sea Princess.

Climate - Easter Island enjoys a sub-tropical climate and is therefore a year-round destination. Temperatures in summer (Dec - Mar) rarely exceed 28°C (83°F), while in winter they never drop below 15°C (60°F). The island receives 45 inches of rain per year (compared to Tahiti's annual rainfall of about 80 inches). Although the wetter season tends to be from May until September, the island does receive rain throughout the year.

Population - The island population is currently about 6600 people, 40% of whom are Rapa Nui (of Polynesian descent), while the remainder are from mainland Chile together with a handful of foreigners.

Language - The official language of Easter Island is Spanish, but most of the Rapanui speak Rapanui, a Polynesian language closely related to New Zealand Māori, Marquesan, Mangarevan and Tahitian. English is not widely spoken, but Green Island Tours will always guarantee a guide who is fluent in English.

Money - The official currency on the island is the Chilean Peso (CLP) but the US Dollar is widely accepted. Most restaurants accept credit cards, although it is always best to check beforehand. There are two banks on the island (Banco Santander and Banco Estado) and two ATMs which are fairly reliable. 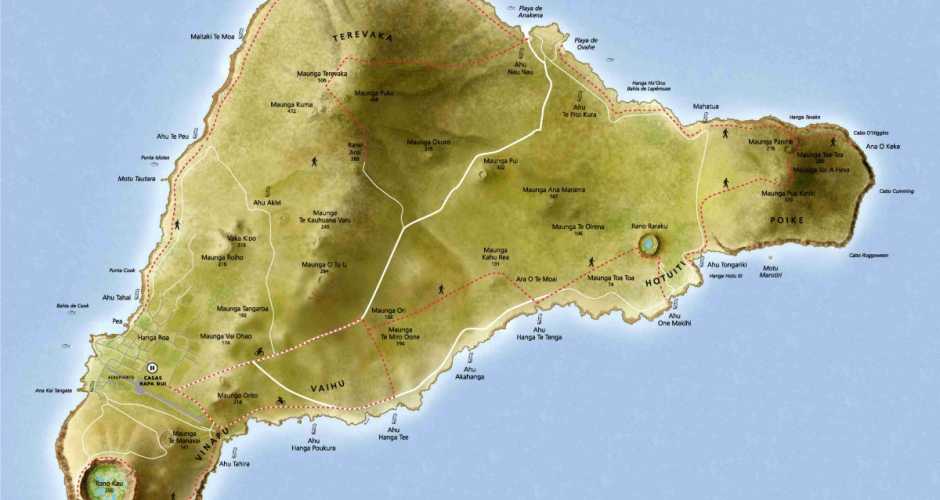